In 2010 a Chilean hackerspace was destroyed by a huge earthquake that hit the country. The quake was actually the sixth largest ever to be recorded by a seismograph and devastated large parts of the country. But the hackers Constanza Piña and Claudia González at Chimbalab did not give up. Their hacking was temporarily moved to their houses where they continued with their hardware hacking, like taking old plastic containers and making noisy instruments out of them. They even made one that is played by water. The earthquake did in some way spur some creativity from the hacker group. After the disaster electricity was out and people had no way of communicating with each other. The hackers saw a need for a more independent low tech way of communicating so the they decided to make old school FM radios that was powered by potatoes. 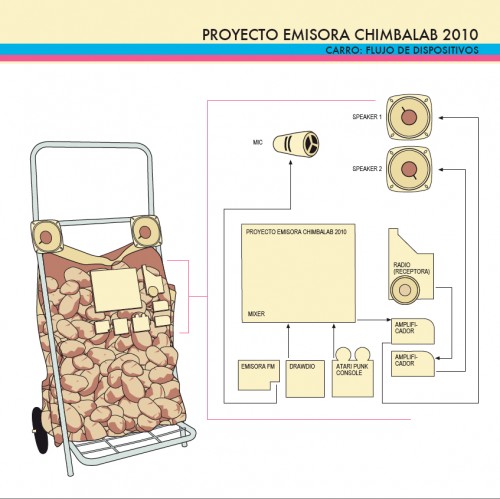