‘Indigenous youth don’t believe their languages doses have a future with modern technology.’

We meet Amos Barto, hacker, and José Laura Yapita, translator, at their space.

Amos continues talking about what he hears from the indigenous youth: ‘This languages are old languages of our grandparent and used out in the country side. They are not useful for modern technology or urban life.’ We need to change this inguistic negative attitudes. Our goal is to promote open source in indigenous languages.

José takes over: In the past there was this discrimination towards indigenous languages and cultures. It was like the person that spoke these languages, like aymara or quechua, was inferior because it was a minority language.
So from then until now we struggle, looking for ways to how we can reintroduce these languages again. And now when we link it in the digital information space its going to last, it´s not going
to be forgotten. Not disappear. 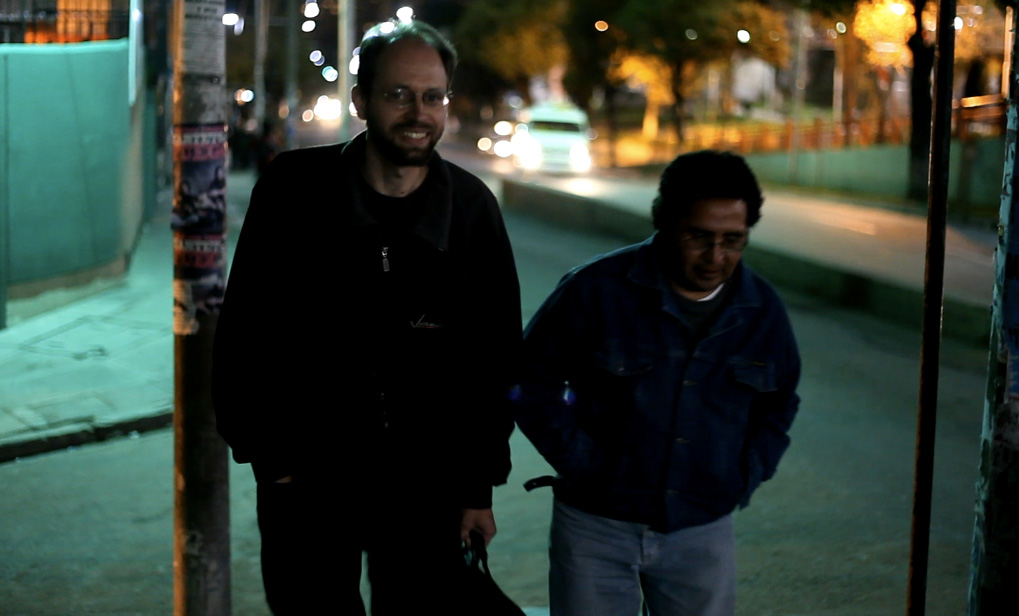